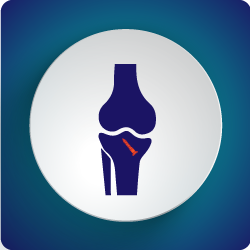 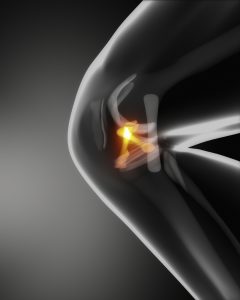 The most common way to injury an Anterior Cruciate Ligament is when a side force is applied to the knee, or the knee is hyperextended (Straightened past the natural end of knee straightening). This results in a rupture, and an athlete may feel a snap or pop in the knee, along with immediate swelling in the knee joint itself. This is due to a small blood vessel that runs within the ACL, that bursts when the ACL ruptures. It is most common in Footballers, Soccer Players, Netballers, Basketballers, Martial artists, Squash players and anyone else who participates in pivoting activities.

When the Anterior Cruciate Ligament is ruptured, it cannot heal back at the correct length. The torn ends flop back onto the posterior cruciate ligament and heal in a relaxed position, rather than the normal, tight position. It is ineffective in that position. You do not need a cruciate ligament to walk. It is only necessary when you are pivoting on the knee such as in sports.

After a rupture, a period of rehabilitation can start, to see if the knee can be strengthened to a point that an ACL is not required. For people are do not play high level sports, or do not wish to return to pivoting sports, this may be the best option. For people who want to play sports, especially high performance athletes, an ACL reconstruction is usually necessary. Traditionally there have been 2 graft options, and several ways to insert the graft.

The hamstrings are taken from the front of the leg, and 2 tendons are used to create a graft big enough for reconstructing the ligament. The Gracilis and Semitendinosis are the ones most commonly harvested. These create a graft that is long enough to be secured within tunnels in the bone of the knee (Femur and Tibia). The width of this graft is dependent on the width of the patients tendon, and is usually 5-10mm wide. The thicker the graft, the stronger it is, but is usually proportional to the size of the patient. Over time, the hamstring tendon undergoes what’s called Ligamentisation (Turning into a ligament). Hamstring grafts are reliable and are the most common way that Anterior Cruciate Ligament reconstructions are being performed in Adelaide.

Newer techniques use only 1 hamstring, and obtain thicker grafts by securing them in a technique where the graft is quadrupled on itself. This has been shown to be superior in strength to other grafts in recent studies.

The next most popular option is using the Patella tendon, along with bone from both sides of the tendon (Patella and Tibia). A bony wedge is taken along with the tendon, and is used to secure the graft in the same bony tunnels that are created when performing any Anterior Cruciate Ligament reconstruction. This is usually secured with screws that sit alongside the bone and squash it into the walls.

10 years ago, an artificial graft substance called LARS ligament was being used to avoid the need to harvest graft from the person having surgery. This had the advantage of allowing a player to return back to sport quickly. The longer term results however, revealed that these grafts were not as long lasting as your own tendons. Lars Ligaments are still used, but only when there is a lack of other graft substances in the knee, or if a posterior cruciate ligament is being reconstructed, where it has shown success. It is rarely used in primary ACL reconstructions today. 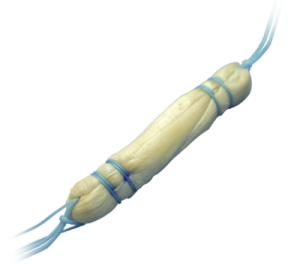 Dr Liew  is an Adelaide Orthopaedic Surgeon who has a refined focus on only Hip and Knee Replacement surgery and associated conditions. He has focussed and continual training in the following areas: